Genocides and crimes against humanity, brutal aggression and crimes during war have been part and parcel of the history of mankind. Sadly, it is the lore of many a people, many a nation. In modern times, while notions of human rights (for the common man) and principles of the rule of law started to be discussed and implemented in nation after nation, in these same modern times we learned of and witnessed the most barbaric of these crimes, at a scale unprecedented. Today, we see and hear of barbaric war/occupation related behavior in Burma, Yemen, Somalia, Syria; Yesterday it was in Darfur, Liberia, Iraq, Libya, Afghanistan, the Balkans, Cambodia. And with history in mind, many of us worry about the plight of the gypsies in Italy, the ‘foreigners’ in Hungary, the Haitians in the Dominican Republic, among many others.

The ICC is of importance to politicians and national leaders the world over. They should take note. By the same token, the ICC itself can also become a target in the political discourse and maneuvers in the world’s capitals, and the current complaints from the African Union should be handled upfront and carefully. That is best done by well trained, well informed lawyers, who are needed from across the international arena. Indeed, lawyers with global vision and deep knowledge are needed, now more than ever, as the Court advances the Rule of Law internationally for setting and applying high standards of due process; and for instituting victim participation, thus having their voices heard before the Court. The ICC is the first Court to include reparations for victims and has a strong protocol for protection of witnesses.

In Philadelphia, the International Law Committee  of the Bar Association is planning a celebratory program for the Fall. We look forward to debating the ICC and its developments. 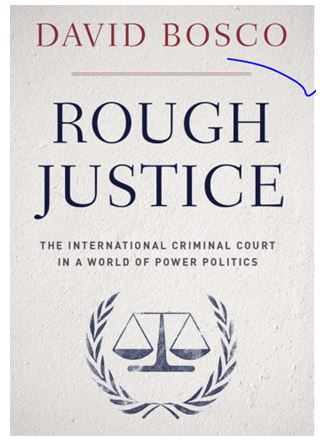